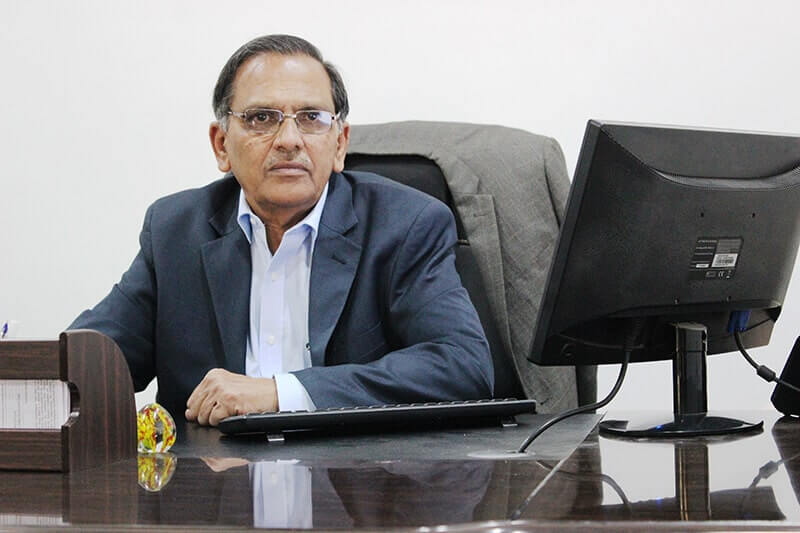 Dr. M Lakshmipathi Rao  was born on 19th August 1950 to Dr. M.G.K. Kameshwar Rao and Mrs. Seetha Mahalakshmi in a small village called Polukonda in Krishna District of Andhra Pradesh State. He obtained his M Sc and  Ph.D. Degrees in Physics from Osmania University, Hyderabad. He has joined University College of Science, Osmania University as a faculty member, in the year 1973 and superannuated in 2010 as Professor of Physics. During the tenure of 37 years of service he has held many Administrative positions both at the Department and University level. He served as the Head, Department of Physics and Chairperson Board of Studies in Physics and also served as Principal, Post Graduate Collge, OU, Godavarikhani. At the University level he served as Secretary Board of External Examinations, Additional Controller of Examinations (Confidential), Controller of Examinations, Director Academic Audit cell and Director, Internal Quality Assurance Cell. During his tenure as Director, IQAC, Osmania University was reaccredited by NAAC with ‘A’ Grade in the year 2008. After superannuation at Osmania University he joined at Methodist College of Engineering and Technology as Director (Academic). In the year 2014 joined National Assessment and Accreditation Council, Bangalore as Academic Consultant and took over as the Principal of Methodist College of Engineering and Technology in  the month of October, 2016.

He has 40 years of Teaching experience at Undergraduate and Post Graduate level and is an active researcher.  His area of Research is Solid State Physics with special  emphasis on Defects in Solids and Solid  Electrolytes.